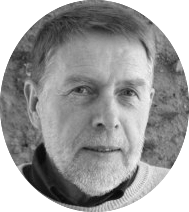 Gerrit van der Kooij (Schipluiden, 1944) is lecturer in Near Eastern Archaeology (spec. Palestine/ Levant). After attending grammar school in Delft he studied Theology at Leiden University and graduated in 1972, majoring in Old Testament Studies, with a focus on Archaeology of Palestine (with H.J. Franken). With a research studentship from St John’s College he continued studies at Cambridge University (1973), focussing on the Old Testament and on Archaeology and Anthropology. His field training was at Deir Alla, Jordan (1967) and at Euphrates sites in Syria (1972-’74), where he also collected ethnographic data on “village life”. He received his PhD at Leiden University (1986, promotor J. Hoftijzer) with a palaeographic and archaeological study on N.W. Semitic alphabetic scripts, using an artefact-approach.His professional connection with Leiden University began in 1974 as assistant for archaeology of ancient religions, continuing, eventually as lecturer in the archaeology of Palestine/Levant. His main research concerns two site-projects: Tell Deir Alla (since 1979), jointly with M. Ibrahim and Z. Kafafi (Yarmouk University) and the Department of Antiquities of Jordan, and Khirbet Belameh (West Bank), since 1998, jointly with H. Taha (Director General, Palestinian Department of Antiquities and Cultural Heritage), financed by the Dutch Government. He is currently responsible for the 2004-2007 project Settling the Steppe; the archaeology of changing societies in Syro-Palestinian drylands during the Bronze and Iron Ages (NWO-programme), combining the Deir Alla project with the Hammam al-Turkman project in N. Syria (D.J.W. Meijer), studying how and why settlements were established and deserted.

He co-organised exhibitions and international symposia: In 1989 with J. Hoftijzer in Leiden, assessing the extensive discussions about the Balaam Texts from Deir ‘Alla (published 1991), and in 1998 with W. Wendrich in Cairo, on Ethnoarchaeology in the Near East (published 2002). Special research and teaching interests concern archaeological stratigraphy and use of space of tell-sites, study of artefacts as a result of craftsmanship (concerning several material groups, including script/inscriptions), ethnoarchaeological approaches, and issues of archaeology and society.